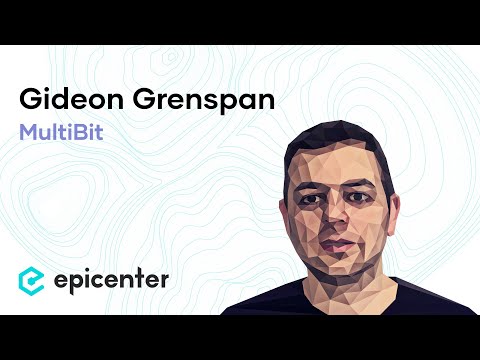 Bitcoin podcasts I enjoy on my commute

I've found that I can really optimize my daily commutes by listening to bitcoin podcasts. It's a great way to squeeze in more knowledge without really having to carve-out any extra time in your day.
Since I'm basically a podcast power-listener, I've done a fair amount of research on both IOS and Android devices to find what I consider the best apps. There are a slew of them out there, but there is one feature in particular that I love and that is accelerating the playback speed. I've found that you can realistically listen at 1.5-3x the speed and consume much more information than you'd be able to otherwise.
Unfortunately the podcast universe is not always very standardized, and it can sometimes be difficult to find the podcasts you want. For example there are many directories and podcasts may only be listed in one of them. I'll give below the exact RSS feeds for my favorites so you won't have to track them down. (Please share others you may have come across that are good)
I used to own an Apple IOS device for many years. The podcast app I liked best on that platform was called Downcast: https://itunes.apple.com/us/app/downcast/id393858566?mt=8
The one I currently use on Android is called Pocket Casts: https://play.google.com/store/apps/details?id=au.com.shiftyjelly.pocketcasts&hl=en
Both podcast apps are not completely free, but I believe they do offer trials. You can go with a free one but in my experience, you will be frustrated eventually like I was... the ones I listed above will "just work" LOL
Here is my current list of podcast favorites (in no particular order). In your podcast app, you can usually just copy/paste this RSS feed URL to pull it up and subscribe:
Bitcoin Knowledge Podcast http://podcast.runtogold.com/feed/podcast/
Bitcoin News Weekly http://shoutengine.com/BitcoinNewsWeekly.xml
Beyond Bitcoin http://feeds.soundcloud.com/users/soundcloud:users:26172268/sounds.rss
Lets Talk Bitcoin! http://feeds.feedburner.com/TheDailyBitcoinShow
You, Me, and BTC http://feeds.feedburner.com/YouMeAndBTC
Coinsider This! A bitcoin podcast for everyone! http://feeds.feedburner.com/coinsiderthis
The Bitcoin Lawyer Podcast http://thebtclawyer.libsyn.com/rss
Bitcoin UK http://www.bitcoinukmedia.com/?feed=podcast
Epicenter Bitcoin http://feeds.feedburner.com/epicenterbitcoin
The Bitcoin Outpost Podcast http://bitcoinoutpost.com/?feed=podcast
Bitcoin Must Be Destroyed http://shoutengine.com/BitcoinMustBeDestroyed.xml
World Crypto Network http://feeds.soundcloud.com/users/soundcloud:users:69110581/sounds.rss

EB57 – Allen Scott & Ian DeMartino: CoinTelegraph and The Rise of Crypto-Powered Independent Media
CoinTelegraph Chief Editor, Allen Scott, and writer, Ian DeMartino join Sebastien (Brian is away) for a conversation about the independent Bitcoin media. Cryptocurrencies enable new business models and monetization opportunities for content producers, which CT is fully utilizing. Allen and Ian explain their innovative system whereby content creators are paid according to the success of their articles, which it determines by measuring the number of shares on social media. CoinTelegraph is an independent news site that specializes in Bitcoin and digital currencies. Freelance writers, who all get paid in Bitcoin, produce the vast majority of their content. CT's long-term ambition is to grow along with Bitcoin and become a front runner in the cryptocurrency news space.
Epicenter Bitcoin is hosted by Brian Fabian Crain & Sébastien Couture and is available on iTunes, SoundCloud, Mixcloud, Stitcher and other podcast aggregators.
Website: http://epicenterbitcoin.com
Subscribe: http://feed.epicenterbitcoin.com
Subscribe to our Friday newsletter: https://epicenterbitcoin.com/newsletter
Twitter: https://twitter.com/epicenterbtc

The conversation starts at the Epicenter. The conversation starts at the Epicenter . On today’s show, we’re joined by Johann Barbie, founder of 37Coins, an SMS based wallet solution. Johann weighs in on the recent transaction malleability fiasco and helps us better understand what’s really going on. We also talk about recent news out of Florida where two men where arrested after selling ... Stream EB57 – Allen Scott & Ian DeMartino: CoinTelegraph and The Rise of Crypto-Powered Independent Media by Epicenter from desktop or your mobile device Epicenter is the OG of crypto podcasts, making sense of cryptocurrencies and blockchain since before they were cool. Through interviews with founders and buidlers, we explore the technical, economic and social implications of this game-changing industry. Epicenter is a podcast about the technologies, projects &amp; people driving decentralization and the global blockchain revolution. Every week, hosts Brian Fabian Crain, Sebastien Couture and Meher Roy find the most interesting people in the industry for in-depth discussions about their projects, ideas and stories. Epicenter is part of the Let's Talk Bitcoin Network. Support the show, consider donating: BTC: 1CD83r9EzFinDNWwmRW4ssgCbhsM5bxXwg (https://epicenter.tv/tipbtc) ETH: 0x8cdb49ca5103Ce06717C4daBBFD4857183f50935 (https ...

- Hide.me: Protect your privacy and personal data with a free VPN account at Hide.me/epicenter - Ledger Nano: Smart card security for your Bitcoins - Get 10% off your first order when you use the ... Epicenter is a podcast which takes you to heart of perhaps the most important technological revolution of our time, the rise of decentralized technologies. A... Each week we will be giving away an Epicenter Bitcoin t-shirt to one lucky listener! All you need to do is leave us a review on iTunes. Then send us an email at [email protected] with the ... But others believe that Bitcoin is unsuited for a lof of 'Bitcoin 2.0' applications and that permissioned ledgers have wide-reaching potential to increase efficiency and transparency. Tim Swanson ... Every quarter, CoinDesk releases its excellent State of Bitcoin Report proving an accurate benchmark of where the Bitcoin ecosystem stands. We were very fortunate to be joined by the man who ...