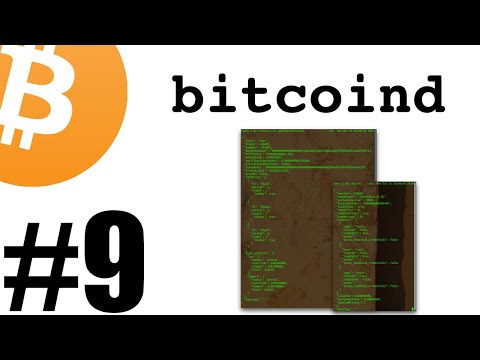 How to use OTS with local instance of bitcoin regtest, local OTS server & client?


Mine some block in local bitcoin:
OTS-server logs this while generate coin:


OTS-server logs this while client is waiting for verify:


This runs for long time still no stamping. Am I missing something for local OTS time stamping? Do we need multiple time stamping request in multiple file to built merkle tree before its gets timestamped or single file also works fine?

Having Trouble with Regtest Running Inside a Docker Container

Notes on a first quick test of NTumblebit, on Linux and regtest.

I just thought I'd jot down a few notes on the experience of trying out the current NTumbleBit code.
This is testing on regtest, done for the simple reason that you don't have to wait for testnet blocks (nor sync testnet which is mildly annoying). At this stage I just wanted to learn how this works.
Your starting point is this wiki page.

You need to download Bitcoin Core. Use at least 0.13.1 - this turned out to be only major blocking point in the whole test, funnily enough, for me - it took me a few hours(!) in debugging to realize that the reason my wallet's coins were not being recognized was simply because 0.12.1 didn't support the necessary RPC syntax. (Note to devs: is there a way to expose errors/exception to the user in the client to help with under-the-hood errors like that? RPC configuration errors are exposed, so that's good of course).
Since this is regtest, that's it: you don't need to sync any blockchains :)
However, you do of course have to configure and start it. Put a bitcoin.conf somewhere (if you're currently running a node it's easiest to make a separate one from your main ~/.bitcoin/bitcoin.conf one, of course. I put one in ~/bitcoin.conf with these settings:
(you'll need those values again in a minute) and then run with
(I didn't need to add server=1 to config).
Note that coins are not available until maturity, so you need to use the generate command to mine blocks, like this:
Now your regtest bitcoind is running, you can move on to Tumblebit. Follow the instructions in the wiki page mentioned at the start; install .Net Core - the Microsoft instructions are easy to follow, just a couple of apt-gets and install the *.deb. Next, clone the github repo and run the Unit Tests. They passed first time for me.

Next, start up the server, following the instructions in the wiki, except note you're using regtest, so:
The first start up will compile but also set up RSA keys, all that is fine without changes, but you'll need to edit the config so that the RPC is pointing at your regtest instance properly. In this case it (the new config should be located in ~/.ntumblebit/RegTest/server.config) should be edited to look like:
Then restart and check you get no RPC errors. Leave that console open, it's running a server loop.
Next, configure and start the client. Note, we are still following the wiki page, except for the regtest element, so:
You'll most likely get an RPC error again, before it shuts down. Now we need to edit the ~/.ntumblebit/RegTest/client.config file. The server can be left as the default localhost:5000, but you need the right RPC settings:
the last two fields are the important bit, which the wiki page explains in some detail for the testnet case.


Details on setting up a receiving wallet (for this test!)

What you need is a BIP32 based wallet (HD) that supports testnet, and can be run against regtest here (which in most cases will be the same thing to a wallet, as long as it can connect via RPC to sync itself). The good news is the wallet doesn't need to contain any coins. The details of the following probably won't be suitable for most (if you've never used joinmarket it's a bit convoluted), so you'll probably want to find another easy to use wallet; the wiki page should be a good starting point.
For my test I used joinmarket; all we need to do is (a) hook it up to the regtest instance, and (b) extract the BIP32 xpub key that we'll be sending coins to. So in my case the flow of coins is:
Regtest Bitcoin Core wallet (containing 'mined' coins) one branch of my BIP32 joinmarket wallet, configured to sync against the same regtest instance.
I used my new joinmarket code but it's the same for the main joinmarket code. I overwrote joinmarket.cfg to have regtest settings (use this file; only the highlighted settings matter, those are the right ones for this test), then just run python wallet-tool.py randomseed. "randomseed" there can be literally anything, it's read as a brainwallet style seed for the bip32 wallet (because testnet, we don't care about its insecurity). The tpub.. keys seen for each branch are the "xpub" public keys at that branch of the BIP32 wallet. Tumblebit is going to send to a branch below whatever xpub we need, so the simplest is to add a print statement to print the xpub key above that; e.g. add this code:
immediately above this line. Then run again python wallet-tool.py randomseed.
Extract an xpub for any one of the "mixdepths", e.g. I chose:
and put that tpub.. key into the field pubkey in the above mentioned 'client.config':
Now save and quit.

Restart the client. If RPC is right, it'll start running, waiting for blocks. Your regtest Core instance will have coins (after the previous generate 101), and those coins will be automatically tumbled, one coin at a time, into the output wallet (in my case, the branch m/0/3/0 which is labelled there 'mixdepth 3, external').
Now you can test and watch the process! Open up a third console and repeatedly generate blocks:
As each block is generated you'll see the state in the client terminal window updating, showing the phases. A new 'epoch' (right term?) is started every N blocks (I haven't investigated the timing yet), and several epochs run concurrently. In each one, the client can pay in 1 Bitcoin (from Core) and eventually get out 1 coin - fees to the destination (Joinmarket in my case, any other BIP32 in yours). You can replace generate 1 with generate N but I'm not sure if the code will always correctly handle you mining lots of blocks at once! After a large enough number of blocks you'll start to see 'ClientCashout phase' occurring, and txids being printed out. You can go back to your (JM or other) wallet and see the coins arriving; here's what I see after a few epochs have gone through (using my python wallet-tool.py randomseed command):
As you can see, 3 coins have arrived.


This is a Socratic Seminar organized by London BitDevs. We have a few in the past. We had a couple on BIP-Schnorr and BIP-Taproot that were really good with Pieter Wuille, Russell O’Connor and various other people joined those. Videos and transcripts for that are up. For those who haven’t attended a Socratic Seminar before this isn’t a presentation. Kalle (All) is on the call which is great but this isn’t a presentation from Kalle this is a discussion. We have got a reading list up that I have shared in various places on Twitter and on the YouTube. We’ll be going through those links and that will be the structure of the discussion. We will start off from basics. Early on is a great time for people who don’t know too much about Signet to participate. It will get more technical and we will go into the implementation details later. [...] As I said Kalle is here which is great. He knows more about Signet than probably anybody else on the planet.

I'm making a version of the game Monopoly that uses Bitcoin (on a private regtest testnet) to teach people how to use Bitcoin through a familiar framework.

How to work with local OpenTimeStamp and local bitcoin regtest?

Is it okay to run regtest on bitcoind and also bitcoind mainnet at the same time on the same computer? /r/Bitcoin

Is it okay to run regtest on bitcoind and also bitcoind mainnet at the same time on the same computer? /r/Bitcoin

I've done some tests with RBF in regtest /r/Bitcoin

I've done some tests with RBF in regtest /r/Bitcoin

I'm trying to run bitcoin core in regtest mode to test the lightning network with eclair, but everytime I open bitcoin core with regtest enabled, it gets stuck at "connecting to peers..." with "6 years and 46 weeks behind". It says the number of blocks left is unknown, it says the progress is 100%, and both of the expected time things say "calculating...".
Any ideas on how to fix this? I just want to test the lightning network with bitcoin core.

How do I setup libbitcoin node for use with regtest? /r/Bitcoin

How to work with local OpenTimeStamp and local bitcoin regtest?

I'm making a version of the game Monopoly that uses Bitcoin (on a private regtest testnet) to teach people how to use Bitcoin through a familiar framework. /r/Bitcoin

Setup a regtest to analyze the protocol /r/Bitcoin

When parsing nBits, Bitcoin Core converts a negative target threshold into a target of zero, which the header hash can equal (in theory, at least). When creating a value for nBits, Bitcoin Core checks to see if it will produce an nBits which will be interpreted as negative; if so, it divides the significand by 256 and increases the exponent by 1 to produce the same number with a different ... Regtest is a network designed solely to be private and for testing only. You can create a private regtest network and do testing and experimentation with it. It is not a public network and has no peers for you to connect to. Regtest Mode¶. For situations where interaction with random peers and blocks is unnecessary or unwanted, Bitcoin Core’s regression test mode (regtest mode) lets you instantly create a brand-new private block chain with the same basic rules as testnet—but one major difference: you choose when to create new blocks, so you have complete control over the environment. bitcoin-cli generatetoaddress 50 <youraddress> # Check the blocks are mined bitcoin-cli getblockcount # Should return 50 Connect to other nodes. Let's connect to our second node: bitcoin-cli addnode "127.0.0.1:18445" add. To keep the connection after a restart, add the following to your bitcoin.conf: addnode=127.0.0.1:18445 Regtest Running the REPL in regtest requires having a local Electrum server set-up. There are two main implementations, electrs in Rust and ElectrumX in Python. Since the Rust toolchain is already required to use BDK, this page will focus mostly on the former.